The Power of the Pack

While both men and women benefit from having a network of well-connected peers, women who maintain an inner circle
of close contacts are more likely to advance their careers with greater ease (Harvard Business Review). To build a web of
allies who support our leadership progression, the WEL Network connects women from different districts and regions
who are invested in the success and accomplishments of other women. As we move toward a ‘better normal’, the 2021
Fall WEL Symposium will help female school leaders experience the power of the pack to learn, grow, and thrive together.

Danielle Geathers was born and raised in Miami, Florida and is currently a junior at MIT studying Mechanical Engineering. In May, she was elected President for the MIT Undergraduate Association, making her the first Black woman to serve in this role. She is also the founder and director of Talented Ten, a program designed to increase the matriculation of Black women to MIT. As a sophomore, she served as the Officer on Diversity and chair of the Community and Diversity Committee. In high school, Danielle was the founder of her school’s Black Student Union and awarded the Coca Cola, Burger King, Foot Locker, and Women and Girls in Soccer scholarships. Danielle aspires to be a patent lawyer and plans to attend law school after graduation.

Naomi Riley is a 4th year majoring in Political Science minoring in Chicano Studies and African American Studies at the University of California, Los Angeles. This year she has the honor of serving as UCLA’s Student Body President and the Undergraduate Chair of the UC Council of Student Body Presidents. She was born and raised in the greater Los Angeles area. Naomi has used her experiences to help her become the leader she is today. She is deeply passionate about social justice issues and commits herself daily to find ways to advocate for her communities. Naomi aspires to take the work she is doing now and apply it along her journey to become a civil rights attorney and educator. 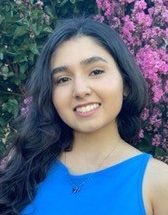 In 2018, the World Economic Forum listed “Leadership and Social Influence” as a trending skill. In this session we’ll discuss strategies for how leaders can build social influence to encourage creativity, recognize accomplishments, build trust and inspire a collective vision.

Sabba believes that cultures of innovation begin with a culture of empathy. She works with leaders to integrate design thinking practices that encourage creativity, recognize accomplishments, build trust and inspire a collective vision. Sabba shares how leveraging stories across social media platforms can empower leaders as role models for the beliefs and values they want to see others adopt as they believe that their audience is able to rise to the occasion.

Leadership has always been a bit messy, but prior to 2020 much of the messiness was hidden. As uncovered in new research, leaders who succeeded during the pandemic were those who were able to lean into the uncertainty & lead with humanity utilizing practices outlined by the acronym MESSY (Multiplying Perspective, Emotional Connection, Seizing Momentum, Sensing the Future, Your Ego). In the future, the schools that thrive will be the ones that have established a new form of leadership. 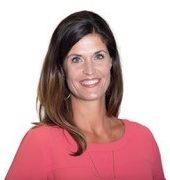 Alyssa Gallagher is Head of Education, North America for BTS Spark, education author, leader and speaker.  She is also a Master Practitioner for The Wiseman Group and has worked with a wide spectrum of leaders, ranging from early career leaders in schools to seasoned executives in Fortune 500 Companies. Alyssa enjoys working with leaders to design strategies that leverage the capability, creativity, and intelligence of everyone on their team.

Dr. Platter’s career spans 25 years in K-12 education as a teacher, assistant principal, principal, and central office administrator. Prior to embarking upon her career in education, LaFaye worked in the fields of finance, marketing, and commercial real estate. In 2017, Dr. Platter retired as Deputy Superintendent in the Hemet Unified School District. Currently, LaFaye is an executive leadership coach supporting school districts and businesses with leadership development, teambuilding, and the strategic change process.

Dr. Lovely’s career has spanned nearly four decades in K-12 schools as a teacher, principal, deputy superintendent, superintendent, education consultant, and search adviser. She co-founded the Women in Educational Leadership (WEL) Network in 2017. As a sought-after coach, author and staff developer, Dr. Lovely helps school leaders work through the barriers that can hijack careers and keep educators from doing and being their best.

FEE: $95 per person
With 4 paid registrations, get the 5th for free!

“The energy the presenters had motivated me to continue to know my WHY for what I do. I loved that we were able to network with individuals from other districts.”

“The importance of cultivating more female friendships and mentorships- I wasn’t seeking that out prior, but during this time, I REALLY needed some support, and I am glad I took the time to participate in the WEL series.”

“This was an amazing experience, one that I will forever value. I am excited to put into action everything that I learned.”

“WEL taught me that I do not have to be the ?perfect female administrator.? I now know there is no such thing ? who I am and what I bring to the table is exactly what is needed.”

“Each session was motivating and empowering. I can’t wait to continue to work with the network.”